The Africa Health Agenda International Youth Pre-conference was held in Kigali, Rwanda, from March 3 to 4, 2019 at the Kigali Convention Centre. Organised by Amref Health Africa with the support of other partners, it brought together young men and women from all over the globe under the theme “Nothing about us without us” presenting an opportunity for young people to contribute to the debate on Universal Health Coverage (UHC) on the African continent.

I come from the Borana community of Kenya that practices Female Genital Mutilation/Cutting (FGM/C) with a prevalence of almost 90%. The youth pre-conference was very valuable to me because I was able to learn and contribute on the prioritisation of FGM/C and all other sexual reproductive health and rights (SRHR) issues that should be part of the UHC agenda. I went through female genital mutilation at the tender age of 9 years and want every girl across the globe to feel safe — safer than I was when I was 9.

We the young people in attendance at the Youth Pre-conference came from different cultures, backgrounds and nationalities, and this brought into perspective the struggles women and girls go through across Africa when it comes to sexual and reproductive health and rights. The conference was engaging and a major learning experience for me.

Together with other champions working to end FGM/C, we organised an advocacy session that was attended by nearly 100 youth — all eager and excited to learn more on female genital mutilation. This session was moderated by Cynthia Oning’oi from Kenya with participation from Dr Mariam Dahir from Somaliland who engaged the youth on health and education, Hyaceinthe Coly from Senegal on the role of youth and use of social media in ending FGM/C and me, Diram Duba from Kenya, on breaking barriers to engaging with clan elders, religious leaders, political leaders, women, girls and boys in ending female genital mutilation. 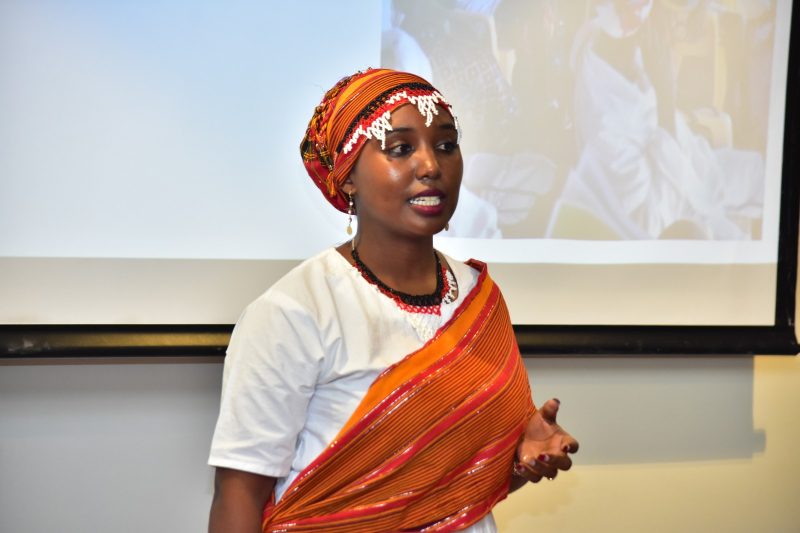 Ending FGM/C is a collective youth action, to reach, influence and provide an opportunity to celebrate the change that is already taking place, share what has worked, amplify success, and inspire others through our personal stories. We further explored and discussed what needs to be done to show the commitment of young people in Africa and the world in ending FGM/C in this generation.

A key message highlighted during the conference was that “Anything for youth, without youth is against youth.” This message was important because we are the future and should be at the forefront fighting against the practice of female genital mutilation and other vices that harm women and girls. It is time for the youth to fearlessly fight to end this vice because they are most affected by its devastating effects.

It is also important to work closely with youth change agents by engaging them in advocacy, building their capacity through such forums to discuss issues that affect them in their respective countries, finding solutions to some of the emerging problems around FGM/C such as its medicalisation, cross-border cutting, calling for actions against the practice and sharing experiences across the continent.

During the conference, I encouraged my fellow youth to continue working with cultural and religious leaders in fighting this heinous practice. The traditional council of elders are highly respected and if meaningfully engaged, can transform into change agents.

The representatives from each country focused on the prevalence of FGM/C in their countries. From the discussion, it was clear that there is still a high prevalence of FGM/C across the countries represented at the conference. Young people therefore need to be at the forefront leading the fight to end FGM/C by advocating and demanding action from the society and governments.

Youth speak up against FGM/C

Amref Health Africa and other partners promised to support young people to ensure an end to FGM/C in Africa and demand action from respective governments.

I highlighted the work that Amref Health Africa is doing in Kenya to end FGM/C through the Alternative Rites of Passage approach currently being implemented in Kajiado and Samburu counties in Kenya and in Kilindi in Tanzania; as well as the structured dialogue approach being implemented in Marsabit County of Kenya. Youth from different parts of Kenya suggested that this approach should be extended to their respective counties to increase the number of girls transitioning into womanhood without the cut as well as the dialogue approach which will help communities to abandon FGM/C by leading the change themselves.

I further urged the youth to join Amref Health Africa’s NO MORE PAIN campaign to create awareness on social media and sensitise other youth on ending female genital mutilation in our generation.

This conference was an eye opener for me and other young people showing their commitment to end FGM/C, early marriages, and to redefine the value of girls in their respective communities and countries. 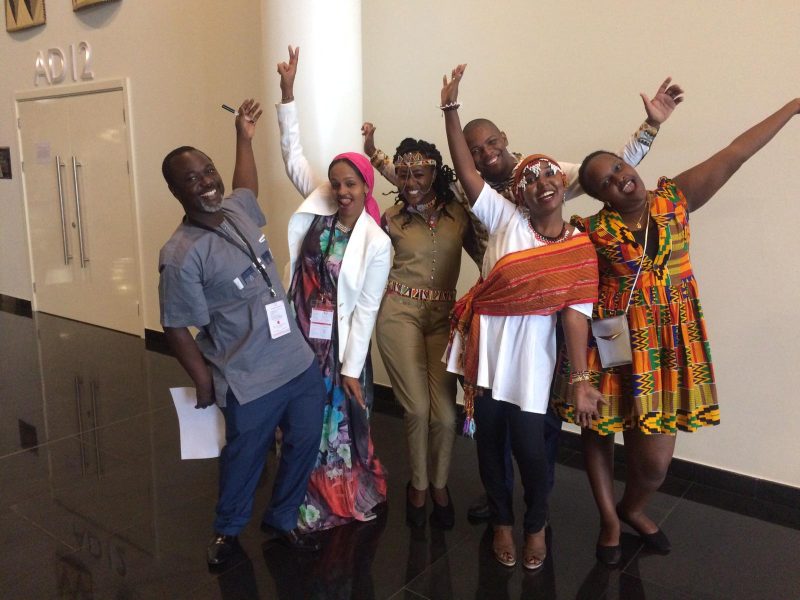 Why India must chew on African model in health innovations

Strides made but malaria still a primary disease...