To mark World Tuberculosis (TB) Day,  high school students from Kiambu, Mombasa, Nakuru, Meru and Kisumu were engaged in a two-day TB Awareness  Drama festival dubbed ‘It is time for a TB-Free Kenya.’

With monetary support from the Global Fund to Fight AIDS, Tuberculosis and Malaria and USAID, the drama festival is an innovative pilot intervention carried out in counties with a high TB burden as part of national efforts to increase TB awareness for vulnerable populations. The activity was organised by the Ministry of Health’s National TB, Leprosy and Lung Disease Program (NTLD-Program) in partnership with the Ministry of Education, Amref Health Africa in Kenya, and Centre for Health Solutions – Kenya (CHS) among other partners. The festival is an effort intended to increase awareness and understanding of TB through among school children.

Tuberculosis is the fifth leading cause of death in Kenya (contributing 4.7% of deaths); 50 deaths per 100,000 people in 2017 (WHO), with TB deaths reported to be higher among men than women particularly among those between the ages of 20 and 64 years, the most economically active and productive age group.

Children are powerful change agents when equipped with the right information as taught in schools. The festival seeks to tap into this opportunity within the school settings to increase TB awareness among peers, the general school population, home and the community as a whole. 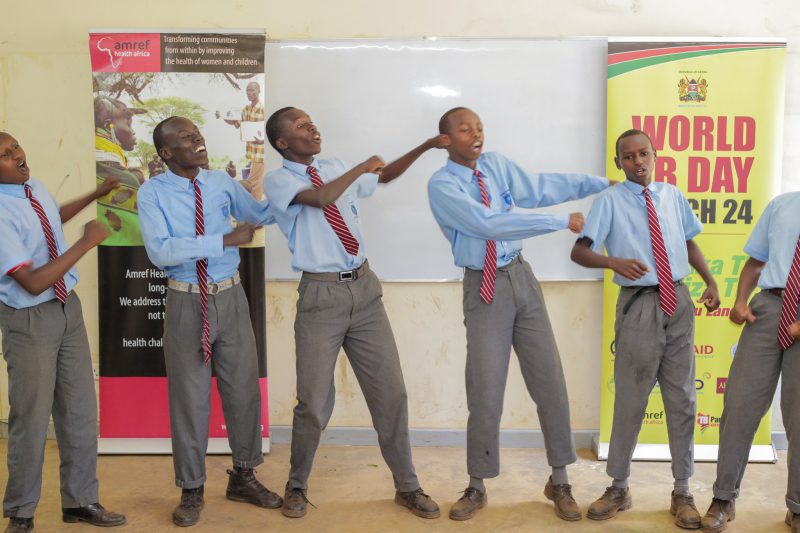 Besides receiving trophies, the top three winners will also be awarded with textbooks worth Kshs 5,000 and desktop computers during the National TB day commemoration event to be held in Kiambu County on Friday, 22 March.

“By targeting school children, it builds awareness and information to a different audience who will be change agents in the communities. They are also from a group that is vulnerable to TB infection. The festival has fostered a more effective TB awareness method by reaching students who will ultimately pass the message to their families and communities,” she said.

Mtopanga Secondary School from Mombasa County presented their creative skit directed by Drama Club Patron Mr Fred Achoka. The skit depicted a young school girl with TB who felt that her life had come to an end as she thought she was bewitched. But all was not lost, after visiting the health facility and adhering to her treatment, she was cured. The skit also pointed out the cultural misconceptions around witchcraft where many in Mombasa County seek help from traditional healers.

They also highlighted the risks associated with failure to take drugs as required. The play’s producer acknowledges that stigma is still a major problem in the Coast region despite efforts to spread awareness.

“This age group is critical and at risk especially in Mombasa where drug use is very high; drug use compromises immunity making them susceptible to TB. Our work as teachers is to ensure that the students have sufficient information and skills so that they can spread the message back home and in their communities,” explains Mr Achoka.

In Kiambu County, Ituru High School left the audience yearning for more with their dramatized choral verse, ‘Ayee! Tuberculosis,’ scripted by Samuel Muchathi and Fitz Gerald Kinyua. The verse looks into the symptoms of TB which are: cough of any duration, night sweats, unintentional weight loss and fatigue among other symptoms. 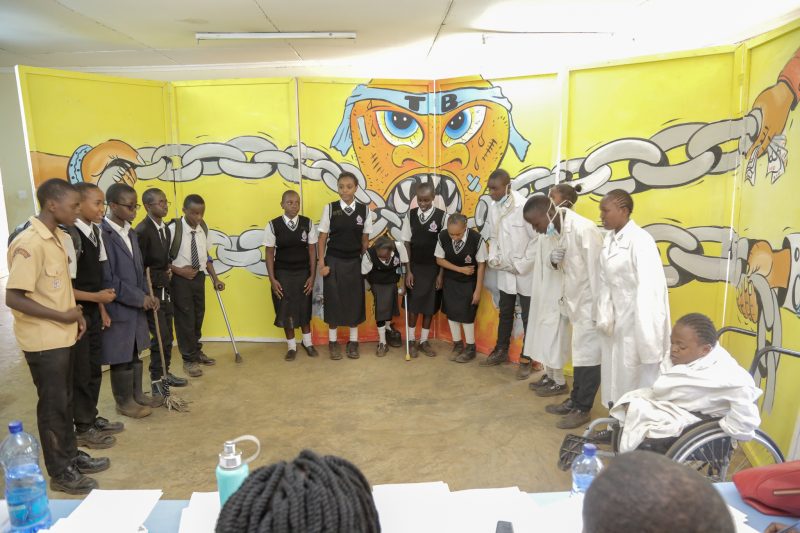 PCEA Kikuyu High School also entertained the crowd with their beautiful woven skit called ‘Daladala’ that depicted the risk people face when using public transport without opening windows for proper ventilation. The skit urged people to open windows when using public transport for adequate ventilation in a bid to help curb the spread of TB. Creating awareness about the need to open windows is vital since TB is a highly infectious airborne disease.

Lawrence Ndirangu, a form three student from Frere Town Secondary in Mombasa County moved the crowd with his spoken word which emphasised on prevention to address the high burden of TB.

“I am passionate about spoken word and when I heard about the Drama Festival, I was happy because I knew it will give me a platform to pass TB messages to my peers,” he said.

Lawrence uses his talent to pass messages especially on issues affecting teenagers such as teen pregnancy, HIV/AIDS, dropping out of school, among others. He emerged number three in the Spoken word category.

The case for universal health coverage, and the critical role for the private sector

Africa’s women, children, adolescents are being left behind,...

There are no upcoming events at this time.