Tanga to have methadone clinic for drug addicts

This was revealed by the Health, Community Development, Gender, Elderly and Children Ministrer, Ummy Mwalimu, at the inauguration of a temporary centre to provide methadone services to drug addicts at Tanga Referral Hospital – Bombo.

“In collaboration with our development partners – the Global Fund and the National Drugs Control and Enforcement Authority, we have received more than 780m/- for the construction of the complex,” she said.

She hailed Tanga Region’s leadership for the creativity in collaboration with the development partners including PEPFAR and AMREF-Tanzania for the construction of the temporary centre that has cost 20m/-.

“We have seen that we can offer these services at lower cost, I am pleased to see only 20m/- has been spent for the temporary centre in Tanga Region,” she added.

The minister said there was the need for a methadone clinic in Tanga Region due to many drug addicts in the region that takes second position in the country in the number of addicts, adding that 2016 statistics show that it had 5,190 addicts.

She said so far there are 8 clinics that offer methadone treatment in various areas in the country whereas for Dar es Salaam Region the clinics start from the regional level downwards to council hospitals and said the areas to follow include Bagamoyo, Kigamboni, Mbagala, Tegeta and Segerea Prison. 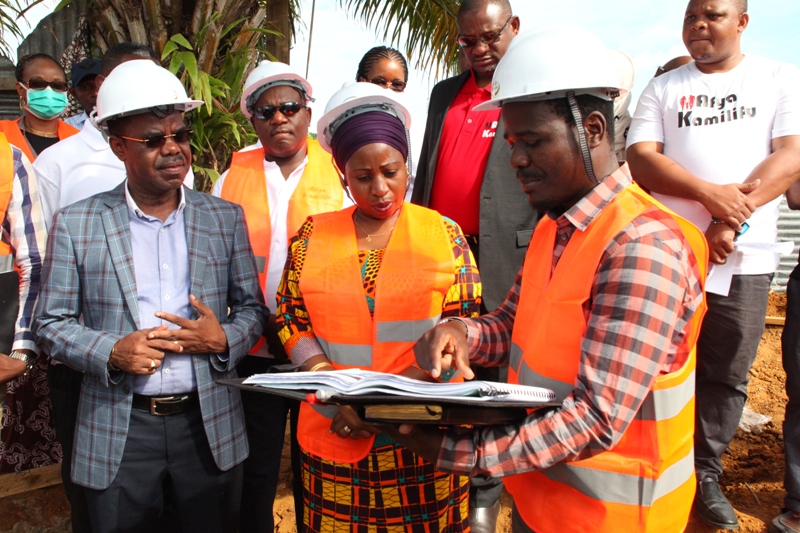 She said Ministry of Health statistics show Tanzania has 8,071 drug addicts receiving methadone treatment for the reduction of drug effects, out of whom 480 are women and 7,591 men.

The Commissioner General of the Drugs Control and Enforcement Authority James Kaji said this week Tanzania will join other nations to mark World Anti-Drugs Day which for this year the slogan is “We Should Build the Correct Understanding on the Drug Addiction Problem.”

Tanga Regional commissioner Martine Shigella said his region is among the regions with large number of drug traffickers hence making it home of a large number of addicts.

“For those who have been addicted we should count them as our brothers, we should not stigmatise them, we should assist them to get treatment and we believe they will recover and return to their normal lives,’ said Shigella.